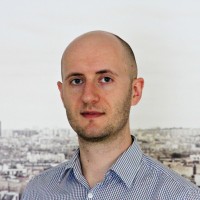 Stefan is working in the ROOT team on machine learning and analysis facilities.

Hello there, here is Stefan with a short guide on how you can distribute ROOT compilation with distcc!

ROOT is a huge project with more than 14 thousand files and above 2.5 million lines of code (counted with cloc /path/to/root --exclude-dir llvm). Consequently, a full rebuild from scratch takes a while! To give some numbers, here is what happens on my laptop:

How to make this faster? Besides buying a more powerful computer, another answer from the software community is distcc. If you have one or more spare computers reachable over the network, distcc allows to distribute compilation of C, C++ and objective C(++) code over multiple machines. It is simple to set up and has been recently integrated into the ROOT build system!

But first we have to make another machine accessible for the distributed compilation, called a volunteer in the distcc terminology. Note that distcc distributes only the compilation step, not the preprocessing (unless you use the pump mode) and linking. This means that the volunteer does not need any dependencies installed nor the machines have to share a filesystem, making the setup simple!

Now, let’s set up your environment on the main system to detect the volunteer!

Most likely you want to make use of an existing system as a (part time) volunteer, which means that installing exactly the same compiler than on the main system can be non trivial. Luckily, Docker makes deploying services such as distccd simple and you can even use a Windows machine as volunteer! Just create the following Dockerfile and follow the instructions below.

distcc typically comes with the monitoring application distccmon, either text based (distccmon-text) or with a GUI (distccmon-gnome). Here is a screenshot of the monitoring during my build process showing the compilation of the inbuilt LLVM:

Is it faster now?

With this setup, I achieved 80% of the theoretical speed up of 4, which does not take into account that preprocessing and linking happens only on the main system. distcc’s pump mode may improve the scaling even further. Feel free to try and tell us in the ROOT forum!